My summer reading included dozens of short stories by Ryunosuke Akutagawa collected in two books. Akutagawa’ position in the topography of modern Japanese literature has been widely acknowledged. Indeed, one of the most prestigious Japanese literary awards is named after him, the Akutagawa Prize. His role in literature—self-cultivation, aestheticism, and intellectualism—cannot be understated.

The earlier stories of Akutagawa are representative of the ideology of self-cultivation: achieving universal content and modernity (a rather ambiguous categorization) through self expression.1 Hell Screen follows the story of a despicable but talented artist, who is commissioned by an honorable lord to paint hell; in a grotesque twist, the lord orders the burning of the artist’s daughter to give the painter a reference for a scene in the panel. Here, Akutagawa places a more modern nuanced understanding of psychology in an older cultural context. This theme is seen in many of his other earlier work, such as Yam Gruel and The Nose. 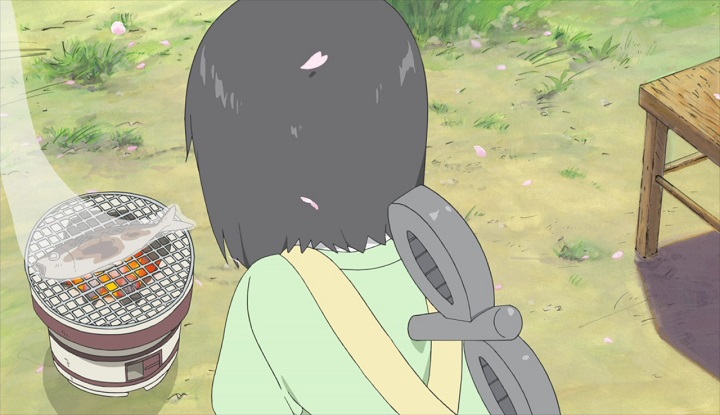 His late works, however, show a disintegration of this ideology and a reorganization of modernity in terms of its relationship to Japanese intellectuals. The semi-autobiographical Cogwheels (歯車, alternatively translated as Spinning Gears) reads as a string of improvisational free-associations made by the narrator’s wandering mind. It is confessional both in its portrayal of his unraveling mental state and in his loss of faith in storied narrative. Preferring the aesthetic merits of “pure literature” and the “depth of poetic spirit” in novels without plot, Akutagawa engaged in a debate with a major figure in Japanese classical literature, Tanizaki Junchiro, who emphasized instead interesting plot and architecture structure:

Of course the novel without a proper story is not merely a novel depicting the details of one’s personal life. It is, among all novels, the closest one to poetry. Yet it is also much closer to the novel than to prose poem… To cite once more the example of painting, a painting without dessin [figuration] cannot exist… Some paintings, however, are given life more by color than by dessin. This fact is proved by the several paintings by Cézanne that have fortunately made their way to Japan. I am interested in works of fiction that are similar to these paintings.23

Perhaps it was fitting that Nichijou (日常) made a reference to the Akutagawa Prize in its first episode. Much like Akutagawa’s late works, Nichijou is a somewhat disjointed collection of shorts about the random daily happenings of its characters. By setting the characters and narrative in a small closed world, devoid of a larger social context or plot, the anime succeeds as an abstraction of a distinctive feature of modern Japanese literature: its predominantly personal tone at the expense of having something to say.4

Akutagawa would commit suicide in July of the same year he published Cogwheels, signifying an end of an era of aesthetized and disengaged literature. What follows is the rise of practical social writings and Marxist authors. As his contemporary critic Inoue Yoshio wrote, “From this day forward, we can no longer afford to be involved in intellectualism. What Akutagawa’s death has already proved to us is nothing other than the powerlessness of our intellects.”2

Likewise, the dismal sales of Nichijou may have marked an end of the experimental style that saw early hints in Lucky Star (2004).5 Anime produced by Kyoto Animation since Nichijou have thus far seen an unwillingness to completely forgo an overarching plot. Still, with or without the experimental modernist style, slice-of-life remains my favorite genre.